A trip up to the Weeting Heath NNR to see Stone Curlew was a success, even if the birds remained a little distant. A pair remained more or less on view the whole time feeding along the perimeter fence to the right of the field. Another put in a brief appearance further down the field, but soon dissappeared over the lip of the hill not to re-appear while we were there. 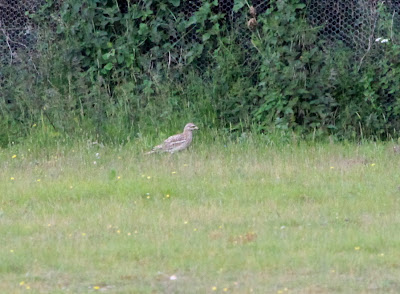 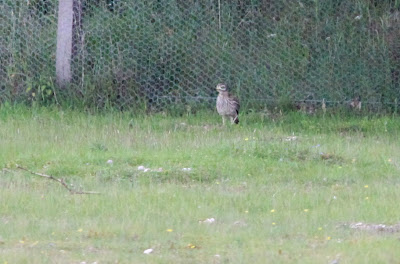 We followed this up with a visit to the Welney Wildfowl and Wetlands Trust.
There we saw the famous Whooper Swan pair that remained in the UK when one of the pair damaged its wing and couldn't fly. Its partner being so bonded with it that it too stayed behind when all the others had left. The pair bond being stronger than the urge to migrate. A touching tale.
We saw a couple of Redshanks and Lapwings and a single Curlew here, but the highlights wader-wise were a trio of fly-through Avocets and a fly-by Black-tailed Godwit.

In the car park a Little Ringed Plover watched over three small chicks.