Elis and I spent a couple of days in New York City. Our first motive for being there was to visit the skin collection at the American Natural History Museum.
It was a bit of an adventure travelling on the famous NY Subway, but it was overall a relatively pleasant and uneventful experience. 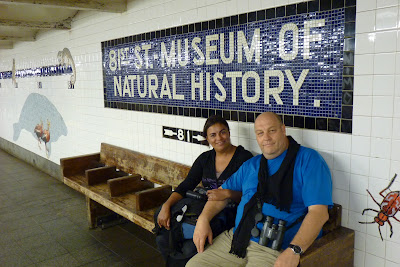 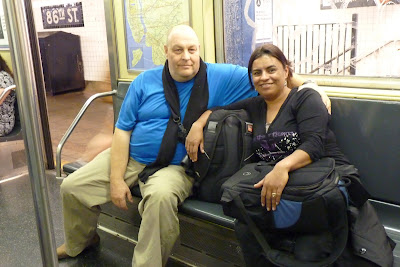 We stayed the night with our friend Don Hill who had been a client in Ubatuba on two occasions and has now become a firm friend, we were treated to a splendid dinner and much chat about the world in general.
Our second motive was to bird Central Park. The next morning saw us entering the park with high expectations.

The birding was not as frenetic as we had hoped, despite the perfect weather conditions (wet and windy the previous day and night with a dry, calm, overcast morning), there was not the anticipated 'fall' of migrants. We were however treated to some good birds in small numbers.


I think though that when people consider American migrants they almost instantly turn their thoughts to the warblers. We had a good selection with; Yellow, Black-throated Blue, Wilson's, Magnolia, Black-and-white, Yellow-rumped, Blackpoll, Blackburnian and Chesnut-sided with Northern Parula and American Redstart, plus Northern Waterthrush and Ovenbird.


We also had a Grey-cheeked Thrush, we tried to string it into a Bicknell's but not with much conviction.