Having three days free and nowhere in particular to go I decided to honour a long made promise to Elis to take her to Wales. With no particular plan in mind we set off in the general direction of North Wales arriving via the A5. 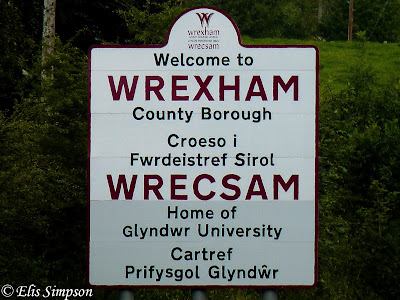 We drove through th spectacular Snowdonia National Park where the scenery never fails to impress. 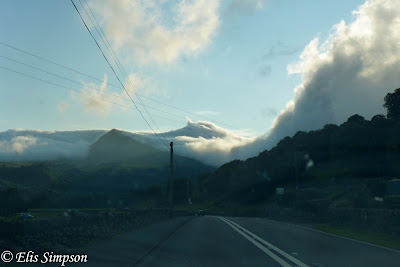 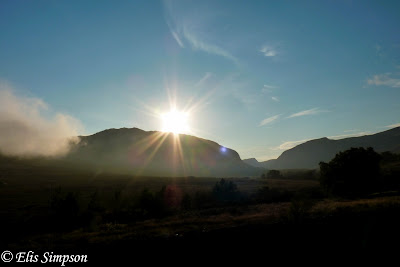 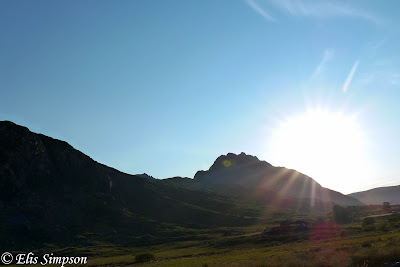 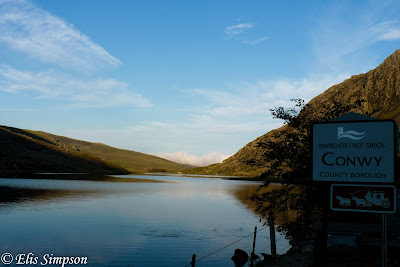 We picked up a young couple who were hitch-hiking and took them to Bangor, where they told us about the pier and the surrounding mud flats, this sounded exciting, so after dropping them we headed for Bangor pier.
The tide was out when we arrived and there were acres of mud, so waders were well spread out.
Oystercatchers were much in evidence as were Curlews, plus a few Redshank and Turnstones on the mussel beds. Sadly waiting for the tide to rise was not an option as it was going to get dark before that high tide arrived, so we headed off to find a B&B.
﻿
The first house we came to off the pier was just such an establishment, and very cozy it was too with our room overlooking the mudflats and harbour.
The moon was bright that night and this was the view from our bedroom window! 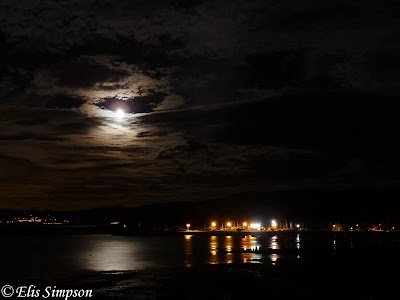 In the morning the weather had changed a little! 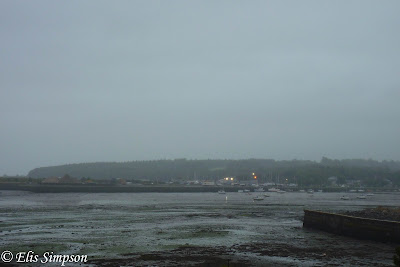 But the tide was on the way in, so after a sumptuous breakfast, we headed for the pier again. What struck us most was the sheer numbers of Oystercatchers. As they were being displaced for the mud at the sea's edge, they flew in groups ranging from one or two in number up to one hundred at a time, all passing the pier end and heading west along the Menai Strait.
Doing a rough count I reckon we saw around 2000 birds pass us and still there were many more to come out on the flats, it was quite a spectacle as wave after wave of peeping oystrcatchers came by.
﻿

Up to 50 turnstones grouped on a stair gantry at the end of the pier that was festooned with seaweed, mussels and barnacles.
The rising tide pushed some Goosanders into the strait, but although we saw few species, the sheer numbers of Oystercatchers was impressive.

Other species seen included Little Egret and many Herring Gulls.