New bird for the garden if not for the list... Jay.

A Eurasian Jay visited our table today for the first time. Strangely though, it was intimidated by a Wood Pigeon that was occupying the table when it arrived and only came to feed when the pigeon had gone.


The Jay sat for some time on the fence and ate from some small piles of food we had placed on the fence posts. 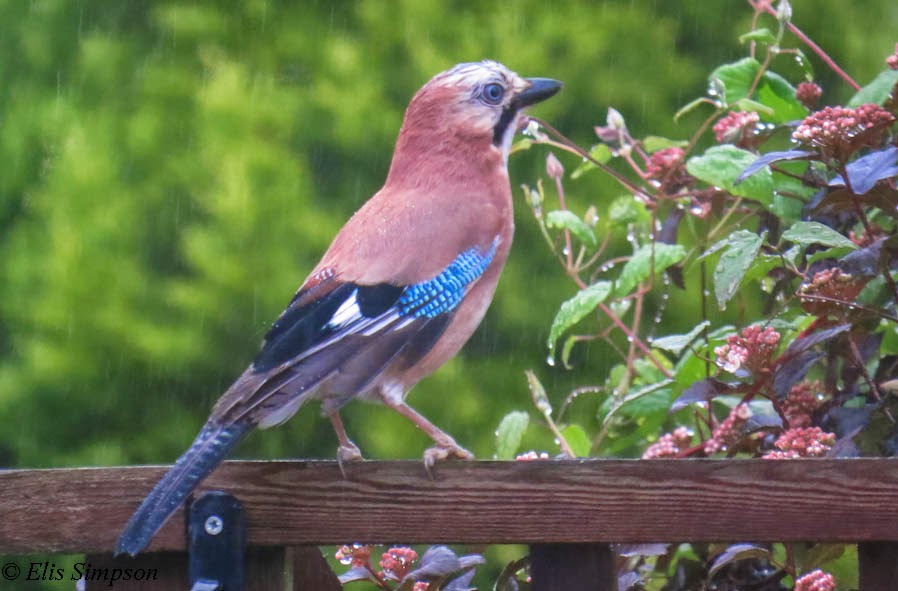 It also visited the covered table but was chased off by a Jackdaws. It may be a flashy bird, but certainly not aggressive or ebullient. 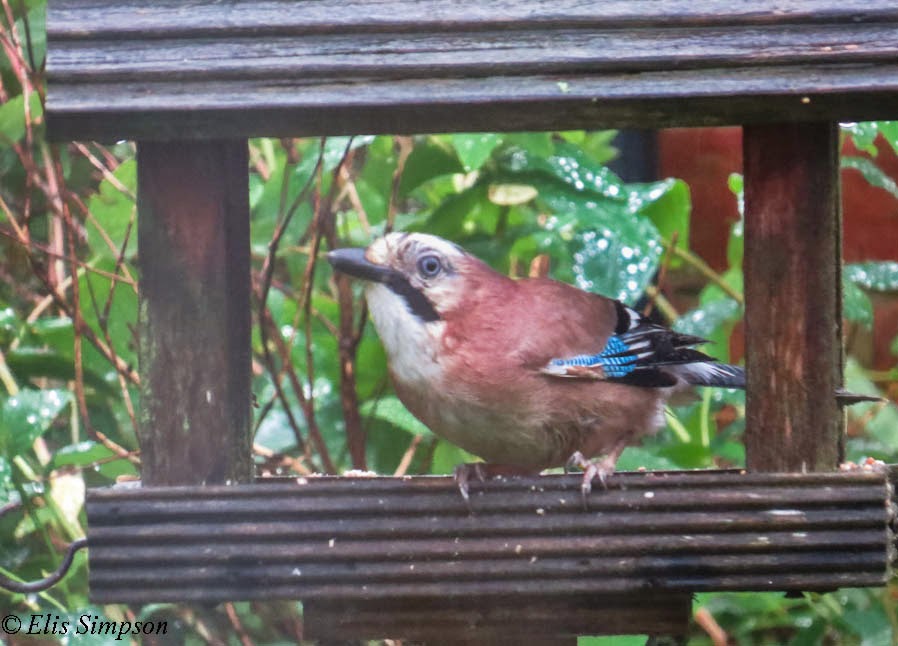 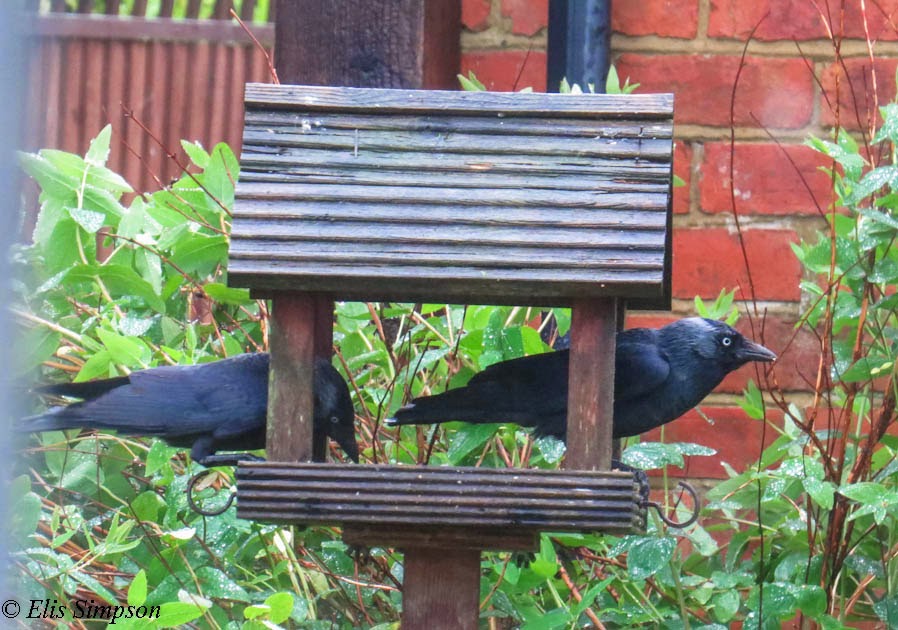 The CommonWhitethroat also visited today singing for all it was worth, in the drizzle, right outside our window.

Blue Tits have occupied both our nest boxes now. In the one we put up when we moved in in March we only noticed birds coming and going for the first time yesterday but today we saw the adult emerge with a faecal sac so they must have been there for some time unnoticed by us.


Great Tits, although not nesting in the garden, are coming and going frequently, so look like they have young too somewhere nearby.


The local Robins have done OK too with two young birds visiting the garden feeders.


The number of Collared Doves has increased since they found the garden, and that number includes some young birds with little or no visible collar.


There was also this bird that appeared briefly today which seems to be much ruddier in colour than the other Collared Doves and its legs are a deeper pink.