The last thing a Blue Tit wants to see - but often does!

A sparrowhawk locking-on to it!


This beauty spent some time sitting on our bird bath beneath the feeders today... 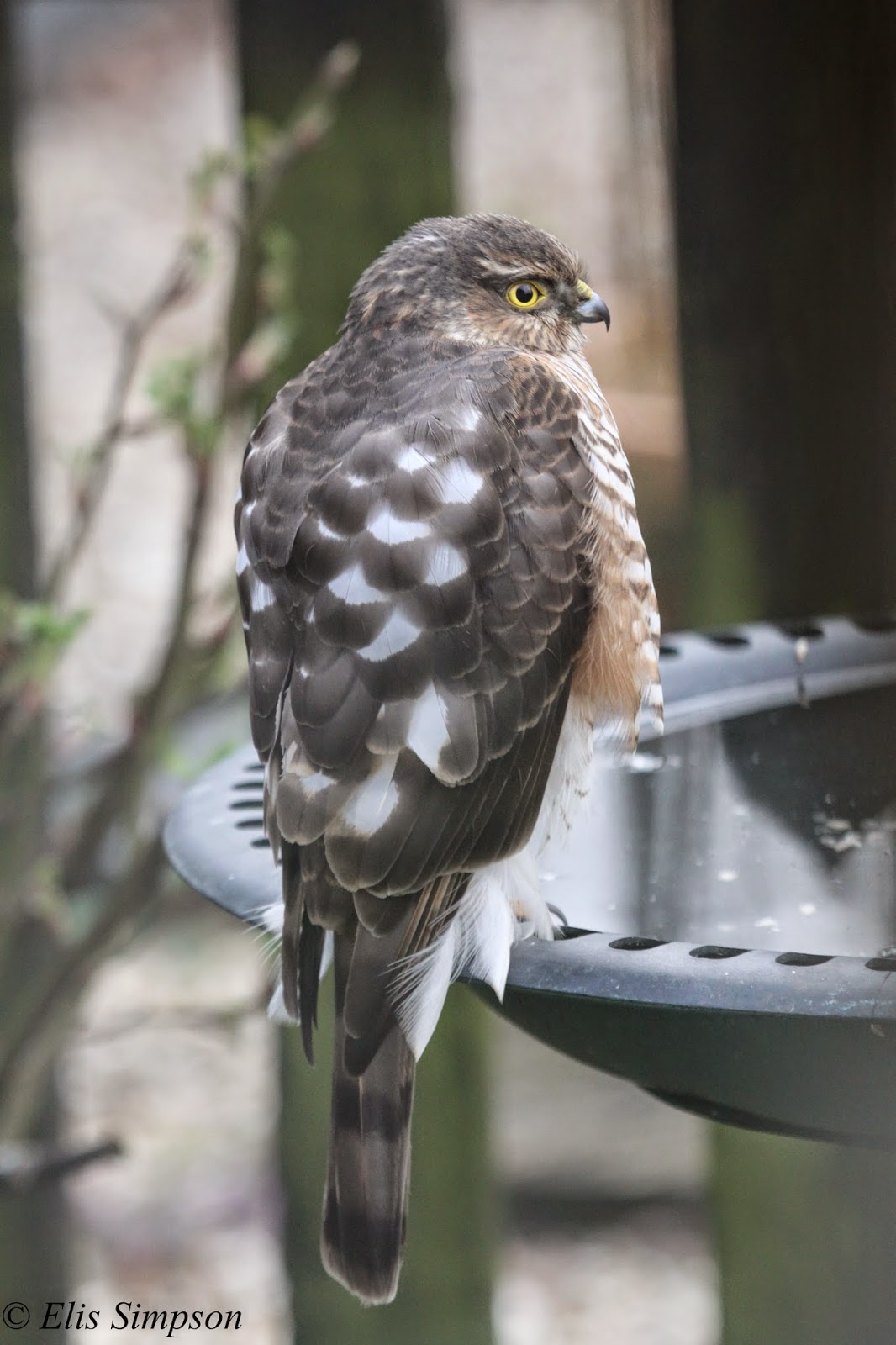 before moving off to the fence and then away empty taloned. 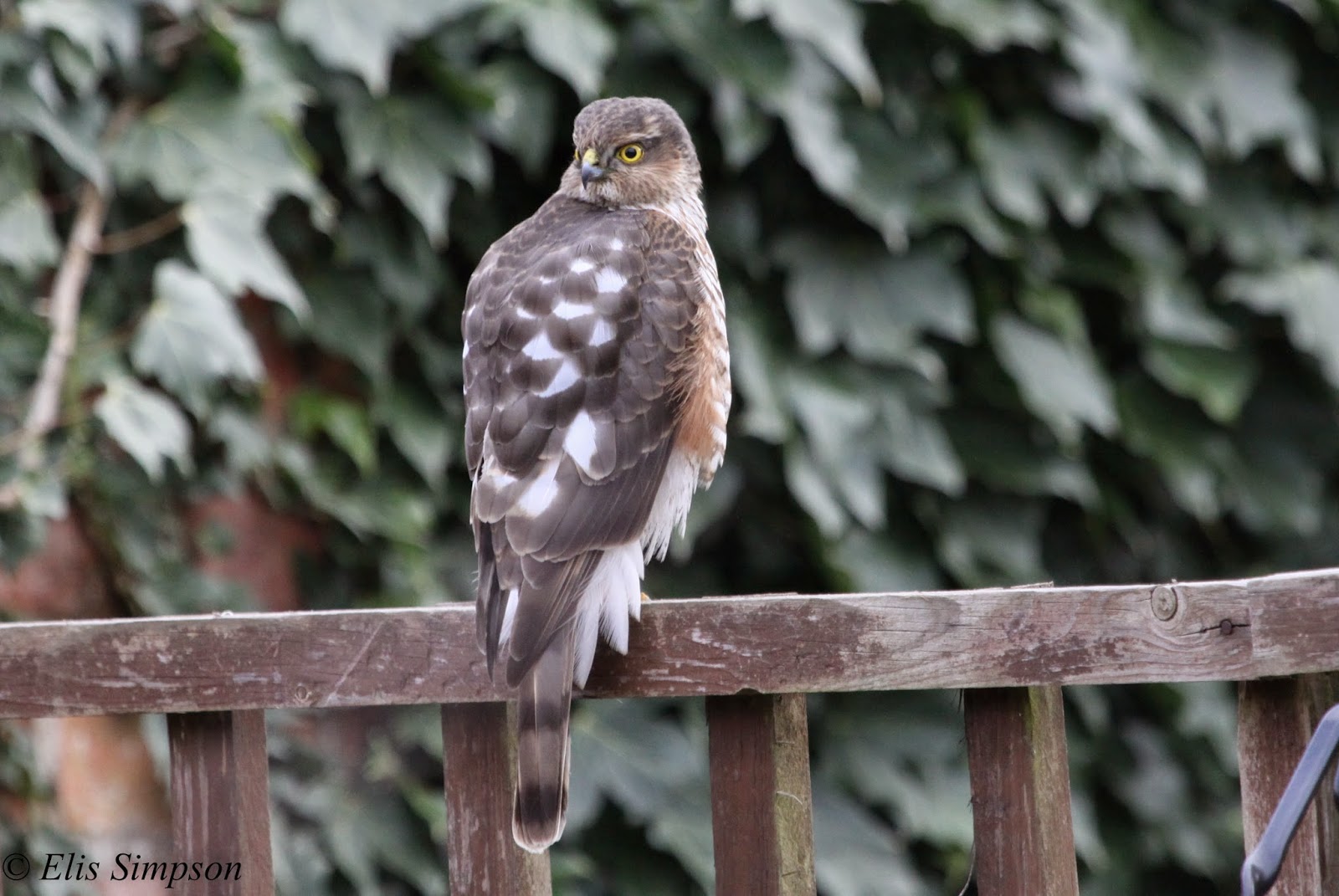 Fantastic prolonged views of this handsome fellow that as a youngster I could only dream of.  Mind you having these birds around may be good for us, but not so much fun for the other birds in the garden.

Here are three victims starting with what is for us a very rare bird; House Sparrow. Since January 1st we have been visited by sparrows on just three occasions, however on one of those 8 individuals were present. It was two months after we moved in that we got our first House Sparrows visiting. They then got quite regular with 9 visits in June and 10 in July, however since then we have only had a total of 8 occasions when they have been seen in the garden. Pretty amazing really since we are talking about what was our beloved and ridiculously common House Sparrow.

Another victim we caught on camera was a Collared Dove. They are daily visitors now but again it took two months to find us. When I was a small boy they were newcomers to the country and I remember well the excitement of seeing my first in my local neighbourhood in southern Hertfordshire. Quite exciting to get a lifer like that especially as it was a bird that was seldom shown in the British Bird Books that I had (they were all rather old). We also know these hawks have taken a starling, a tit (probably blue) a female blackbird, a greenfinch and most distressing of all, a Great Spotted Woodpecker!


As I was writing this blog incredibly a sparrowhawk struck again. This time sadly taking out one of our garden robins. We have, or had, a pair feeding together and they were beginning to build a nest in an upturned pot in a bush. The male is singing away forlornly now. Tough gig this living in the wild thing is it not?


It is amazing how times have changed, sparrowhawks in the garden and Common Buzzards overhead...

not to mention the Red Kites that drift over from time to time.

When I was young these raptors were rare around where I lived, Red Kite was non existent outside Wales but Kestrels were common everywhere however these days we rarely see them or at least not nearly so much as we did. Along with the House Sparrows they are one of the many British species in decline.


Hobbies are still rare now as they were when I was young, so it is always a pleasure to see one, especially when it is on the garden list. We had just one fly over last summer; I was expecting more.


But I would be happy to swap that single sighting for one of these one day an adult Red-footed Falcon; magic bird.


While on the subject of wished-for falcons, I wouldn't mind seeing one of these scythe by one day, that really would be a sight for sore eyes and not impossible since they nest in some of our towns now like Aylesbury for example; here's hoping.